When a baker's family knows how to combine handicraft with the highest quality requirements, then only something special can result from it. The Haubis GmbH!

Take a traditionally minded bakery, supplement it by the fine pastry offer of a confectionery and add a good deal of farsightedness and creative enthusiasm. You will then have found the recipe for success which has been followed in Petzenkirchen, Austria since 1902.

At Haubis, each dough has time to rise well and develop its full taste potential. According to the same natural and healthy rhythm, our company was also allowed to grow. Today, we are proud to be a family business in a world of multinational groups.

Our bakery through the decades

As with every family company, the company history merges with the life story of the main actors and with the love for their handicraft.

Anton Haubenberger I – took over a square courtyard

Anton Haubenberger II – obtained the official baker's trading license for a bakery, a flour chamber and a sales room

Anton Walter Haubenberger III – transfered the company into a LLC

Ing. Anton Haubenberger V – took over the management in 2018 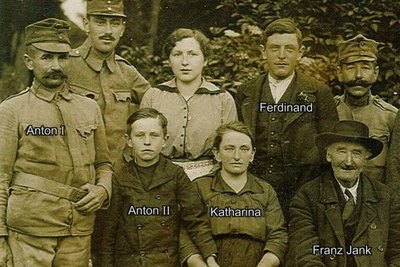 The foundations have been laid

On the 15th of March 1902, Anton and Katharina Haubenberger took over a square courtyard in the Wiener Straße 45 - and with it the Maria Theresian Concession for the catering and bakery industry. The foundation stone for Haubi's success story had been laid. 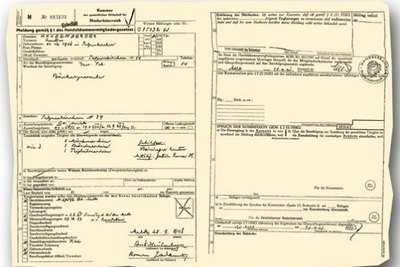 The two "Haubi's" have now also obtained the official baker's trading license for a bakery, a flour chamber and a sales room. The nickname of the family is well on its way to become a brand name. 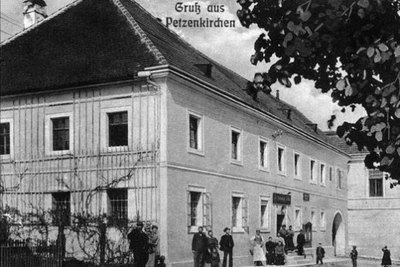 This post card scene shows the Haubi's "business empire" in its beginnings: in the constellation of restaurant, bakery and farm.

The future company directors, Johann and Anton Walter Haubenberger with their mother, Anna Haubenberger during their childhood. 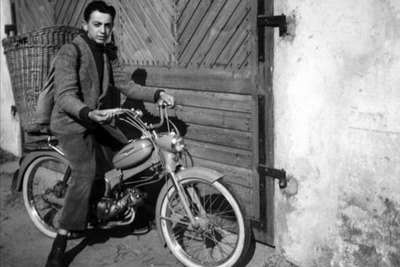 Driving into the "Gai" - the countryside

Crispy quality needs to be delivered quickly. In the late fifties, the "Gai" (country side) was already equipped with a motorized vehicle. Of course by the boss himself! 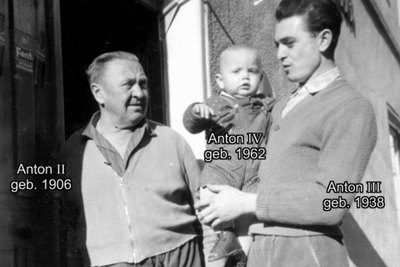 Three generations of Anton Haubenbergers in front of the original bakery at Wienerstraße 54 in Petzenkirchen. 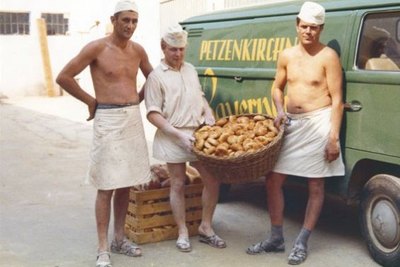 The farmhouse bread from Petzenkirchen

With the original farmhouse bread from Petzenkirchen, the Haubenbergers have also made a good name for themselves across the borders.

In the photograph from left to right are: Mr Schulz, Mr Gundacker and Mr Zehetgruber 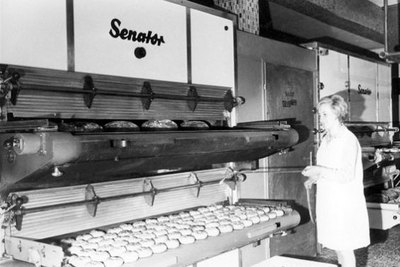 The first supermarkets are conquering Austria and are searching for suppliers for bread & pastry. Haubi's sees the increasing demand and buys the first bread roll machine. 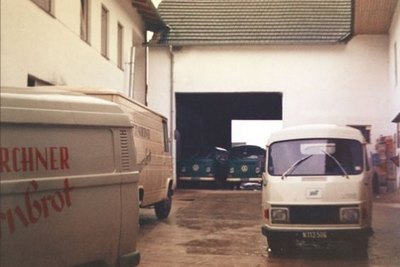 Deliveries to the "Gai" can no longer be managed by only one moped. Five company vehicles mark the beginning of the company's own logistics system. 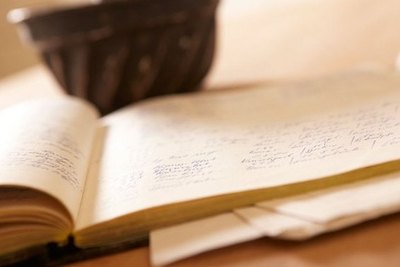 The initially small-sized family business continues to grow and prosper. The grandson of the company founder born in 1938 – also named Anton Haubenberger according to old family tradition – transfers the company into a LLC. 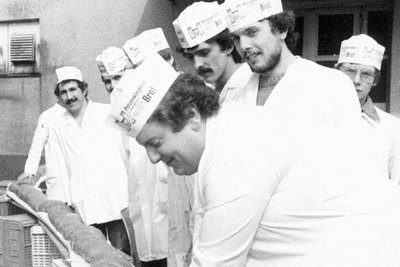 17 March 1983: The world's largest sandwich was made at the company's original bakery in Petzenkirchen. It was 25.90 metres long. 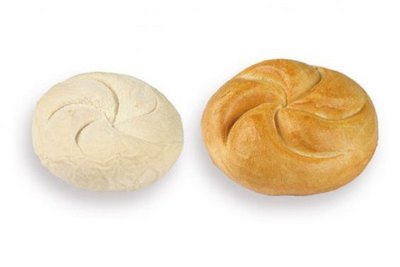 The idea of dough pieces was born. 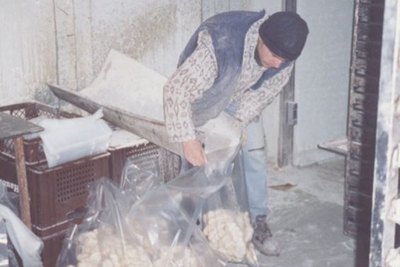 The first dough pieces come off the production line.

The first dough pieces come off the production line in the specially adapted production hall of the headquarters. Parallel further development of the new technology is constantly continued. 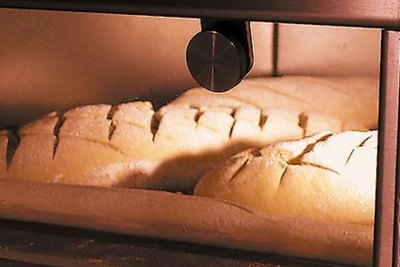 The first customers in the food trade experience bread and pastries, freshly baked in front of their eyes. The result: a comet-like success with annual increases in turnover in the double-digit percentage range. 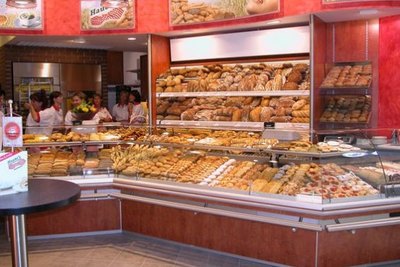 With the Haubi's Backstuben GesmbH, the first subsidiary was established. At the same time, the first company-owned baking shop was opened in Melk - today an enjoyment bakery. 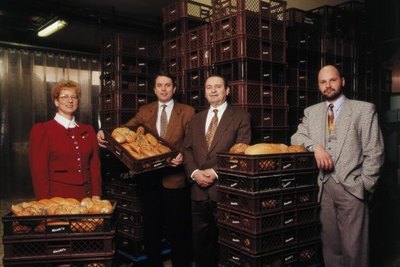 the first image brochure was produced.

At the end of 1994, the first professional photos were taken for use in the first image brochure.
In the photograph from left to right are: Anna Hainitz, Anton Haubenberger IV, Anton Walter Haubenberger III and company officer Anton Tremer. 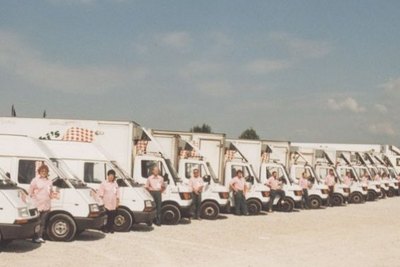 Due to satisfied customers our fleet of vehicles is growing. Every day, 18 trucks deliver bread & pastry  from the gourmet baker from Petzenkirchen. Daily production already amounts to 150,000 dough pieces. Today, Haubi's produces around 1.2 mio. dough pieces per day. 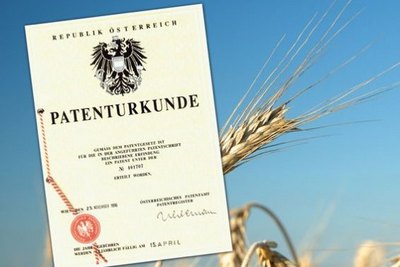 The patent for the Kaiser roll

In the year of 1996 Haubi's is granted the patent for the production of the pre-baked deep-frozen Kaiser roll. 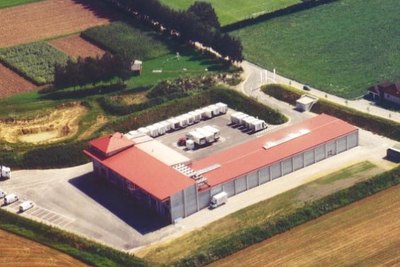 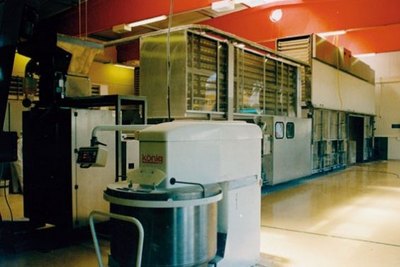 The second hall is built.

Only two years after the last construction work carried out on the company's premises, Haubi's is once again bursting at the seams. A second hall is built which serves as storage area for dough pieces and raw materials required. 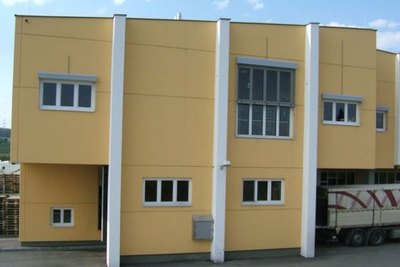 Enjoyment has priority. For producing high-quality bread, bread line III with an hourly output of 2,500 pieces has been bought. Hall II has been built for the storage of raw materials. For securing proper maintenance work, shop I has been erected for production engineering. 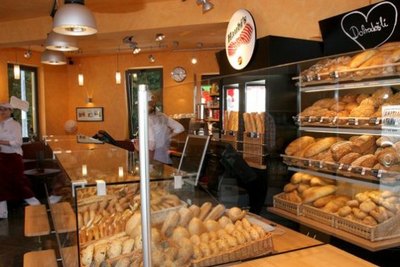 Haubi's has established its first subsidiary abroad. Haubi's Cakovec has become the strategic location in Croatia. 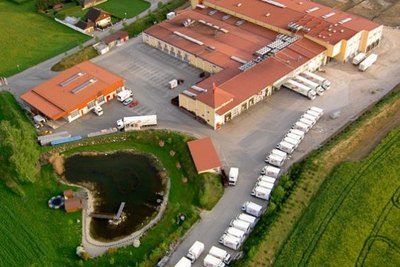 Hall IV is built on the premises of the traditional bakery and the quality standard of a gourmet bakery has been extended with line V. The new line secures the production of 24,000 dough pieces per hour. The fleet of trucks has grown to 30 vehicles. 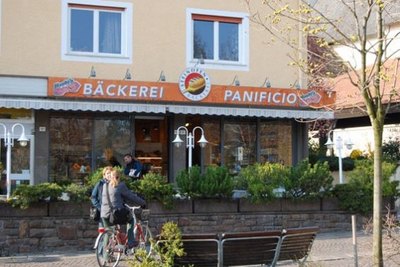 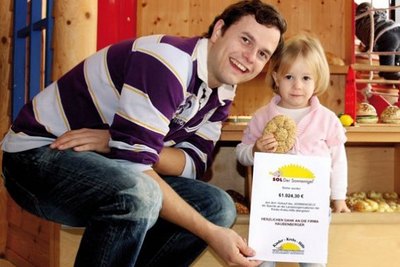 The social project "Sol - the sun hedgehog" was launched. 5 cents of each organic sun hedgehog sold are donated to the children's cancer charity. Until today about € 90,000.-- have been donated.

Haubiversum - The realm of culinary delights

Authentic baker's handcraft and unlimited enjoyment can now be experienced with all the senses: with the Haubiversum, Anton Haubenberger IV has opened a real crowd puller in the Lower Austrian Mostviertel region.

In addition, Haubi's has broadened its competence as regards pizza and savoury snacks and has acquired a majority shareholding in the Presto Tiefkühl HandelsgmbH.

The first floor of hall IV in Petzenkirchen is full with line X equipment and the fleet of 90 trucks is serviced in the new workshop.

The company is developing in the direction of organic products; the whole company exclusively uses organic flour dust.

The export shares have meanwhile risen to 20 % in total. Italy, Croatia, Slovakia, Germany, Slovenia, Great Britain, Hungary, Saudi-Arabia, Romania, Belgium, the Netherlands and Russia all place their trust in the gourmet baker from Petzenkirchen.

A gathering of artisan bakers, back row from left to right: Junior Chef Anton V, Haubi’s Chef Anton IV with his second and third-born sons, Richard and Peter. Front row from left to right: Kathrin (the wife of Anton V) with daughter Amelie, Dorothea (the wife of Anton IV) and husband and wife Helene and Anton Walter III Haubenberger. Anton Maximilian VI was born in March 2011. 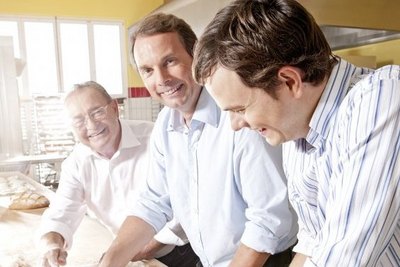 The three company directors in the bakery. Since 2010, Haubis has also been the bread and pastry partner for the Austrian catering industry. With its "Gastronomy Collection", Haubis has captured the essence of local cuisine. 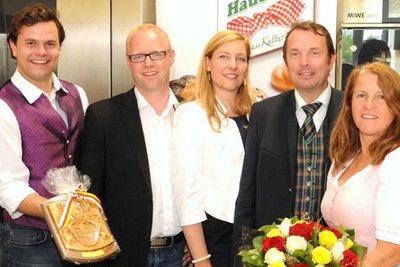 The newly founded Haubi's Genussbäckerei GesmbH has taken over the traditional bakery and pastry shop Goldmann in Linz. Nine branches and one ex-factory sales shop are now also providing for enjoyment experiences of a special kind in Linz.

For supplying Greater Klagenfurt, a modern logistics centre with a baking station has been opened in Poggersdorf. In 2011, the production site of the bakery Neubacher in Wieselburg was also taken over and integrated into the Anton Haubenberger GesmbH. 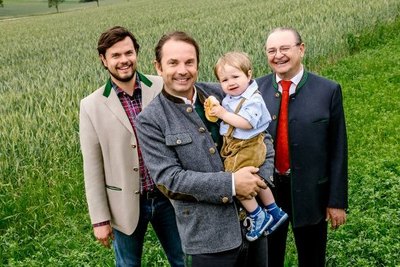 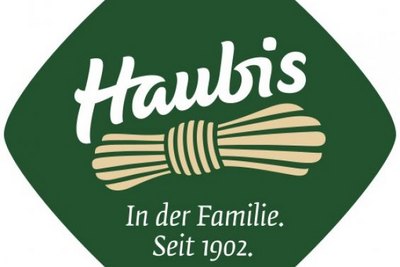